Good news for anyone who has paid upward of $5 for one bottle of kombucha: There is a cheaper option. Just as with beer, home-brewed kombucha is having a moment. Proponents of the fizzy stuff maintain it is nothing short of a magical elixir that can cure all ills, while scientific research is more hesitant to jump on the kombucha bandwagon.

Is kombucha consumption a fleeting fad to be ignored, or is the beverage’s popularity well deserved? Let’s get to the bottom of the fermenting barrel to find out whether kombucha is as great as its fans claim, and figure out how to make and utilize your own brew at home.

Kombucha is a fermented tea that has been used around the world for centuries. The drink may have originated in Manchuria in 220 B.C., although its origins are a bit murky. At its simplest, the beverage is made by adding a bacterial culture and yeast to a mixture of tea (most commonly oolong, green, black, or white) and sugar. Some people choose to add fruit or fruit juice for extra flavor. The end result is an acidic beverage packed with B vitamins and antioxidants.

The fermentation process produces not only the beverage so many people enjoy but also what’s called a SCOBY—a “symbiotic culture of bacteria and yeast” (the gelatinous stuff you may find floating in a kombucha bottle). The SCOBY helps ferment the tea into kombucha. The brewing process takes about a week. At the end of it, brewers are left with a slightly sweet, notably tart beverage that, depending on who you ask, may or may not be packed with health benefits.

How to brew kombucha at home

Ready to give kombucha a try? There are all kinds of kombucha recipes for the aspiring home brewer. Recipes vary by flavor and intensity, and the best way to find your preferred kombucha is to experiment with a variety of recipes.

Still, most recipes share the basics. At a minimum, you’ll need the following equipment to get started:

The kombucha brewing process generally looks something like this (recipe slightly adapted from The Kitchn):

For the most part, kombucha doesn’t seem to pose many health concerns except when consumed in excess or brewed in unsanitary conditions. Either of these circumstances may result in upset stomach, acidosis (when the body contains too much acid), or allergic reactions to mold or bad bacteria that may form in an unsanitary batch.

As with most things, it seems moderation is key. Some people report real health benefits as a result of kombucha consumption, and some don’t. Your best bet is to give it a try (if you’re so inclined) and listen to your body to find out what works for you.

Despite the lack of scientific inquiry into kombucha’s benefits, the beverage has only continued to skyrocket in popularity around the globe, especially in the United States. Earlier this year, some kombucha producers reported annual sales increases of up to 73 percent, and the drink now fills around one-third of Whole Foods’ refrigerated beverage shelf space. Whether or not science has caught up with the trend, it seems kombucha is here to stay.

Do you make your own kombucha?
Let us know what are your experiences! 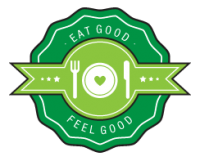 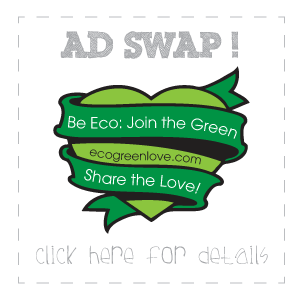 Green living doesn’t have to look (or cost) like something out of a sci-fi movie. Today, there is a vast availability of ecological materials that can keep inhabitants safe while contributing to minimized pollution. Combined with modern design solutions, they’re helping create aesthetically pleasing homes in which families can live comfortably and sustainably. . → https://ecogreenlove.com/?p=12028 . #greenliving #sustainable #ecofriendly #design #architecture #climatechange #environment #ecoliving #gogreen #greenhome #construction #moderndesign #sustainabledesign #repurpose #upcycled #greensolutions