Food deserts have been a big topic in the United States lately, and for good reason: 23.5 million Americans, about 2% of all households, live in food deserts. These food deserts are defined as areas where it is impossible to find adequate fresh, whole, and healthy foods, particularly fruits and vegetables.

Most food desert areas are impoverished, and many residents of these areas do not have a car to travel to stores that carry healthy options. Not even large cities are exempt from food deserts—according to a 2009 survey, 750,000 New York residents lived in areas without adequate access to healthy food, and in 2006, 500,000 Chicago residents reported the same.

Obviously, having poor access to healthy food has health ramifications. Many people with dietary restrictions like gluten allergies or lactose intolerance have an even harder time getting proper nutrition. It is estimated that healthy eating could save $71 billion in chronic healthcare costs by lowering rates of certain diseases. In neighborhoods with access to healthy food, a 45% decrease in diabetes cases over the course of five years was noted. Obesity was also lower in these areas.

Health costs aside, there are other negative ramifications of living in a food desert. Healthy food is more expensive at smaller stores, and many people don’t have time to venture out to larger stores, even if they do have transportation. Since many people who live in these areas live in poverty, they often have no choice but to eat fast food.

The good news is that there are many different initiatives working toward fewer food deserts in the United States, including school lunch programs and bringing grocery stores to impoverished areas. Learn more from this Tulane University infographic from their School of Social Work. 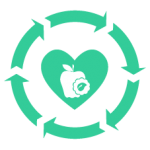