World population is growing at a rapid rate across the globe and according to a recent prediction by the UN, the global population will approximately be 10 billion by 2050. Whilst we are aware of its socio-economic repercussions like poverty, inequality, hunger, malnutrition, unemployment, lack of education and healthcare, it is important to understand that the aforementioned will take a huge toll on our planet’s natural resources. The most obvious implication of such a population explosion is deforestation to accommodate the rising population, which in turn can have a huge negative impact on biodiversity and ecological balance.

The production of greenhouse gasses by burning fossil fuel is causing “global warming” which is evident as the average temperature of air and oceans has significantly gone up. It has resulted in a disruption of the natural pattern of rainfall causing flooding and drought in the same region during the same year.

Unless we take notice of the developments and try to make amendments in our ways to lower our carbon footprint, the planet might look quite different soon. Check out this infographic from DPACK that lists 7 visualizations that elaborate how we humans are destroying the planet.

END_OF_DOCUMENT_TOKEN_TO_BE_REPLACED

Utilising data from The Department for Transport**, an infographic has been created that looks at total greenhouse gas emissions produced by standard modes of transport versus e-bikes. This is in a bid to encourage people to think about the environment and their role in helping it.

Commissioned by cycling specialists, Cycle Republic, the infographic highlights that if sustainably produced electricity is used for the manufacturing of e-bikes, they will emit almost zero CO2 and produce very little noise whilst on the road.

END_OF_DOCUMENT_TOKEN_TO_BE_REPLACED

In December 2015, 195 countries signed the Paris Agreement, which marks a commitment to decrease the emissions from greenhouse gases. It is a legally binding agreement to tackle climate change on a global scale.

While it is hugely progressive, there are some countries who are already creating the blueprints for best practice when it comes to using renewable energy in a bid to decrease greenhouse gas emissions. Below, senatorwindows, share with us the top ten.

END_OF_DOCUMENT_TOKEN_TO_BE_REPLACED

Most of the energy used in our homes comes from fossil fuels. Burning fossil fuels produces CO2, a greenhouse gas which causes climate change.

There are many measures that you can take to make your home more energy efficient. These include; choosing double-glazed windows, improving your wall insulation and opting for lined curtains. Continue reading for more visual tips:

END_OF_DOCUMENT_TOKEN_TO_BE_REPLACED 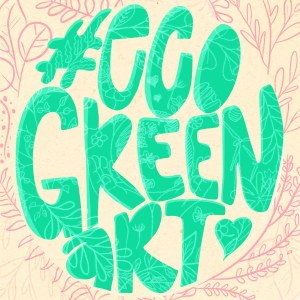 Every 22nd of June, #WorldRainforestDay is an opportunity to celebrate this precious natural resource each year and to raise awareness of the need for preserving vital rainforests and encourage action across the globe.